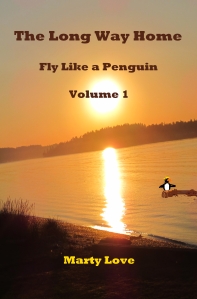 After escaping from the Great White Seal, the two friends find new unexpected  dangers as they seek to get out of his territory.

Monsters and Other Terrors

You may think we’ve had it rough
Some may say we’ve had enough
But we know that we’re not through
Until there’s nothing left to do!